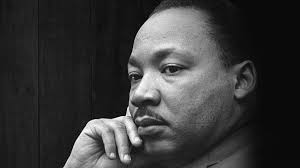 While subbing for a teacher in a school a week or so ago, we watched a video about Martin Luther King Junior. It went over his life, his hardships during the civil rights movement, and his accomplishments.  The narrator of the movie said he was 39 years old when he was assassinated.

Only 39 years old?  That stunned me.  I had always thought of Dr. King of being an older man – at least in his fifties – when he died.  I was 15 years old when it happened – so he was more than twice my age at the time. That probably skewed my perspective.  Another reason I misjudged his age was the impact he had on our nation, and the world, in such a short life.

He had an effect on me as well.  It was about a year after his assassination that I started a search for God (not realizing the He was really drawing me to Him). Dr. King’s book – Strength to Love – was one of the first books I read and it deeply affected me.

I looked up some biographical facts published about him on nobelprize.com (see it here) and learned a lot more about the background of this great man.

Dr. King graduated from high school at 15, received a B.A. degree from Morehouse College in 1948 and then attended Crozer Theological Seminary in Pennsylvania.  There he was elected president of a predominantly white senior class.  He was awarded his B.D. in 1951 from Crozer and also won a fellowship which he used to enroll at Boston University where he eventually earned his doctorate in 1955 (and met his wife – Coretta).

That same year he led the 382-day bus boycott in Montgomery, Alabama which led to a Supreme Court decision declaring segregation on buses as unconstitutional. He was elected president of the Southern Christian Leadership Conference in 1957 (at the age of 28).  In his eleven years in that position, he travelled over six million miles and spoke over twenty-five hundred times.  While doing that, he wrote five books and many articles.  He led a massive protest in Birmingham, Alabama which caught the attention of the entire world and inspired his “Letter from a Birmingham Jail.”  Under his influence, the landmark Civil Rights Act of 1964 was passed and signed into law.

Over his years in the civil rights movement, he was arrested more than twenty-five times, and assaulted at least four times. He led a march on Washington to push for civil rights legislation – where he gave his most famous speech – “I have a Dream.” At the age of thirty-five, he was the youngest man to receive the Nobel Peace Prize.  After receiving it, he donated the $54,123.00 of prize money to further the civil rights movement.

Only 39 years.  It still amazes me that any one person could accomplish that much, and make that much of a positive difference in the world, in so short a time.  I have not, and don’t presently, know of anyone who could.

On November 16th I posted a piece called “Measuring Our Days.” In it, I mentioned how four people in the Bible – Isaac, Job, David, and Jehoiada – died with the epitaph that they were “full of days.”  Dr. King was an example of a modern man who could have the same epitaph.  It was being “full of days” that made him such an effective leader and an example worthy to follow.